One Last Shot At A Tax Exemption

Did your child graduate from college or graduate school this spring? If that's the case, this may be the last year you will be able to claim a dependency exemption for that son or daughter. But even then, you need to be careful to observe all of the tax rules covering such exemptions.

For starters, your dependency exemption for each qualifying child in 2017 is $4,050, the same as the personal exemption you and your spouse may claim. But you may lose some of the tax benefit of these exemptions under the personal exemption phase-out (PEP) rule. It kicks in at $261,500 of modified adjusted gross income (MAGI) for single filers and $313,800 of MAGI for joint filers.


To qualify for dependency exemptions, you must meet a two-part test. First, you have to provide more than half of your child's annual support for the year. Second, your dependent can't have earned more than the personal exemption amount in gross taxable income for the year. It's the second part of the test that often jeopardizes an exemption. 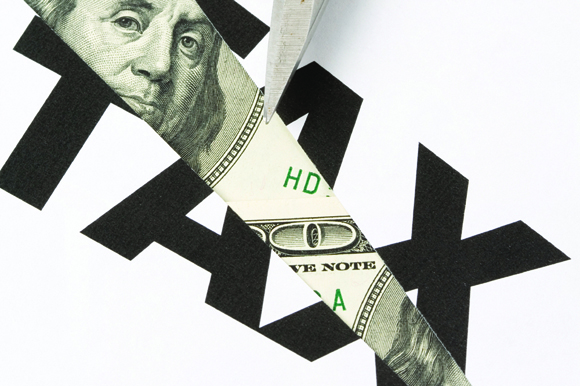 However, you may be in line for a special tax break. If your child is under age 19 or is a full-time student and under age 24, the second part of the test doesn't apply. That means you often still can claim a dependency exemption for a child in the year he or she graduates from college as long as you provide half of your son's or daughter's support.

Of course, if your kid is lucky enough to land a high-paying job right out of school, it may be a stretch to reach that half-support level. You might have to be extra-generous at the end of the year to secure the exemption one last time.


Consider this hypothetical example: Suppose your daughter graduates in May and starts working full-time in July. She earns $4,000 a month at her new job and contributes $800 of that amount to a 401(k). The retirement plan contribution doesn't count as support, but the other $3,200 a month does, and for six months that adds up to $19,200.

If you provided $1,500 in monthly support to your daughter while she was in school and after she graduated, you will have given her $18,000 for the year. But that's less than half of her total support.

Of course, Congress could revise these tax rules, but it's unlikely that any changes involving dependency exemptions would be retroactive to the beginning of the year. Keep one eye on the progress of tax reform talks in Washington and the other eye on your child's support totals for the year.